skip to main | skip to sidebar

Black is my favourite colour!

I can't stop using heavy blacks in all my latest illustrations and there is something very soothing about drawing some line art and then essentially colouring it in black. It has also given me a new found respect for artists who are bold with the black stuff. Way too many comic book guys seem to draw nice lines and then leave all the work for the colourist to define the shape etc using photoshop stuff. It's way, way harder to try and define shapes only using 2 tones - black and white.

There are some absolute masters and probably top of the pile is Danijel Zezelj. It seemed to take a long time for him to get the respect he deserves in the comic community (he started out drawing Polish sex comics) but he's now pretty well established as a black and white master.

So, I've lamely attempted to try and find my own identity as an artist and it appears to be taking a similar route. A number of artists have influenced me from Eduardo Risso, Marcello Frusin, Mignola, etc - weirdly enough, nearly all of them are European and not at all in the mold of the classic superhero stuff I grew up on.

Anyway, what follows is a snapshot of some of my recent work which uses a lot more heavy ink. Not all of it's successful, but slowly, like a fly from a maggot, I feel like something is evolving. 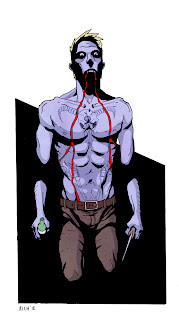 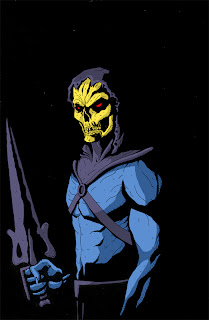 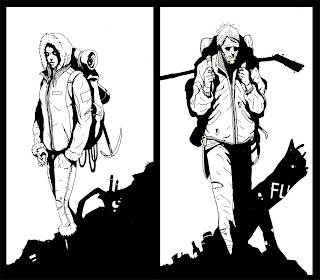 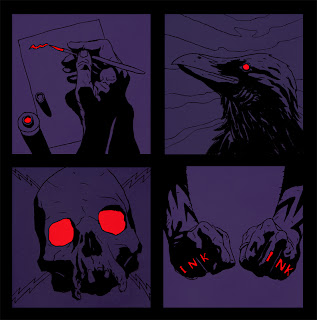 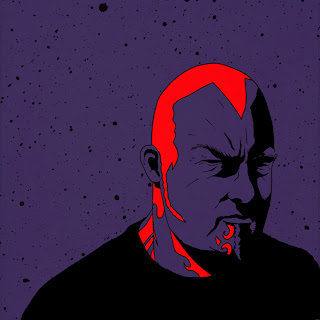 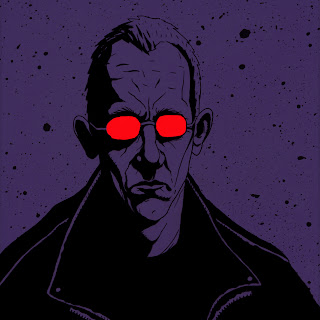 I've been pretty darn busy with some private commissions, but managed to find the time to fit in a few sketches. The portrait of Dirty Frank is a personal favourite.

And, in other news I've been asked to create a promo poster for a evening of readings by some horror authors including China Mieville!!! I've been a huge fan of his work since I first read Perdido Street Station years ago and count 'The Ball Room' in my top five all time short stories. So, I'm dead excited about this one.

Once it's done and published, I'll be sure to post a copy up here. 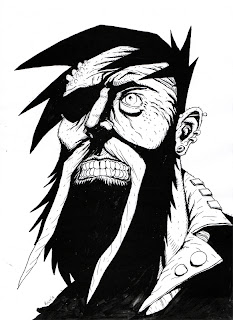 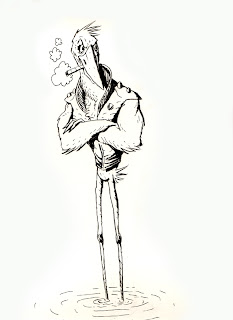 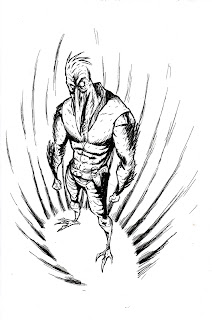 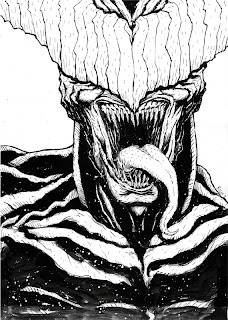 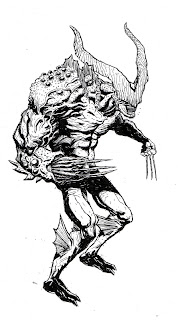 Bimey! It's been a busy one. I've had two short notice commissions to do over the christmas period, both christmassy type things with a horror slant. The first was an e-card for Spectral Press: 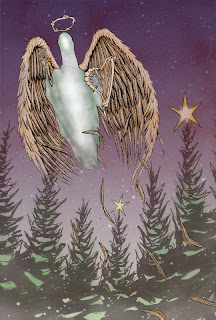 The second, came in the shape of an online christmas image on This Is Horror: 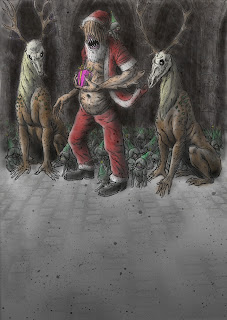 Sometimes, I wonder if I have stylistic Tourettes. I seem to flit between cartoony vs realistic or painterly vs pen and ink - then, every now and again it all comes together on one piece and I get something I'm almost happy with. That happened with this zombie-santa xmas card. For once, the ink work and the colouring worked and I finished with a picture I could see going in my portfolio. 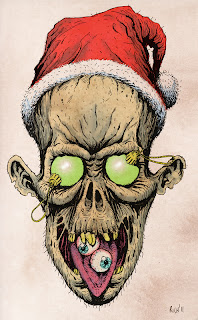 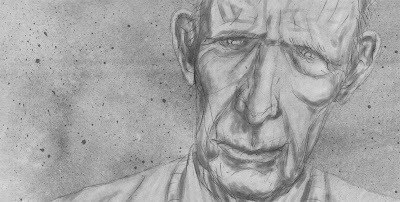 Kicking things off with a quick preview of some work I've been doing for www.readhorror.co.uk - It's a great horror website with news and reviews on comics, movies and books. This is the sketch I sent for initial approval:
Posted by Rich at 8:44 pm No comments: